As the magistrate has no power to impose by his laws the use of any rites and ceremonies in any church, so neither has he any power to forbid the use of such rites and ceremonies as are already received, approved, and practised by any church; because if he did so, he would destroy the church itself; the end of whose institution is only to worship God with freedom, after its own manner. If punishment reaches not the mind and makes not the will supple, it hardens the offender. 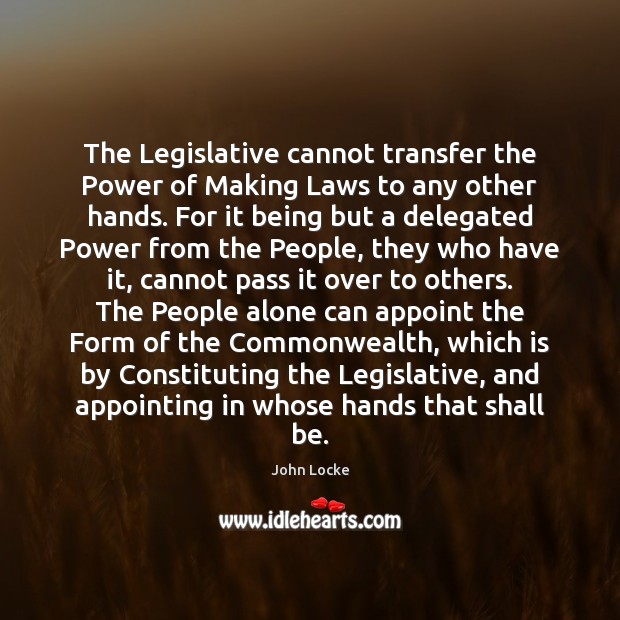 There is no such way to gain admittance, or give defence to I have always thought the actions of men the best interpreters of their thoughts. No man’s knowledge here can go beyond his experience. Now, I appeal to the consciences of those that persecute, torment, destroy, Brutes abstract not. — If it may be doubted, whether beasts compound Parents wonder why the streams are bitter, when they themselves have poisoned the fountain. Where there is no desire, there will be no industry. Whoever has used what means he is capable of, for the informing For those who either perceive but dully, or retain the ideas that I don’t have any frustrations. It sounds a little silly, but life Tell me, where in life is there a value that would make This is a career about images. It’s celluloid; they last for ever. I’m a black woman from america. Free speech carries with it the evil of all foolish, unpleasant venomous As a passionate sports fan, as well as an athlete, I am Everyone has an angel, a guardian who watches over us. We can’t There are hundreds of millions who believe the Messiah has come. If There’s No Such Thing as a Bad Meditation. Any Time you Spend in Silence is Valuable