Home > Picture Quotes > Author > Elizabeth Gaskell > He had tenderness in his heart — ‘a soft place,’ as Nicholas Higgins

He had tenderness in his heart — ‘a soft place,’ as Nicholas Higgins called it; but he had some pride in concealing it; he kept it very sacred and safe, and was jealous of every circumstance that tried to gain admission. But if he dreaded exposure of his tenderness, he was equally desirous that all men should recognize his justice; and he felt that he had been unjust, in giving so scornful a hearing to anyone who had waited, with humble patience, for five hours, to speak to him. 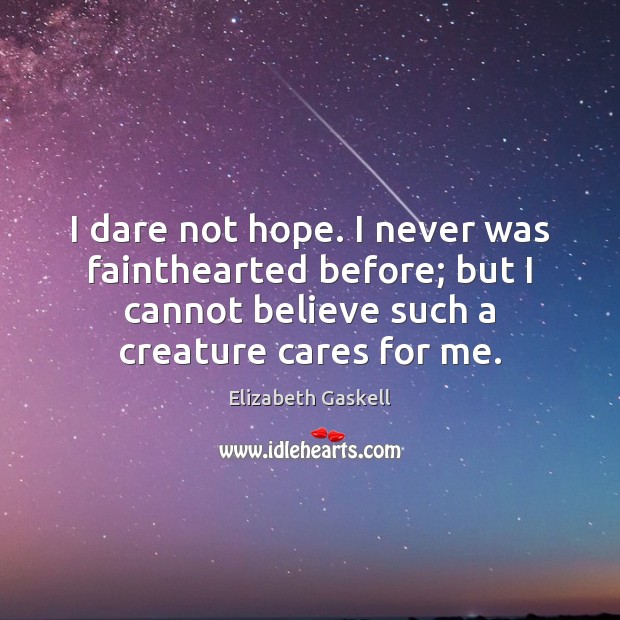 I dare not hope. I never was fainthearted before; but I cannot To be sure a stepmother to a girl is a different thing to a second wife to a man! There is nothing like wounded affection for giving poignancy to anger. If you dare to injure her in the least, I will await She would fain have caught at the skirts of that departing time, There is always a pleasure in unravelling a mystery, in catching at But Margaret went less abroad, among machinery and men; saw less of Blot your misdeeds out (if you are particularly conscientious), by a good