Home > Picture Quotes > Author > Albert Camus > Europe has lived on its contradictions, flourished on its differences, and, constantly

Europe has lived on its contradictions, flourished on its differences, and, constantly transcending itself thereby, has created a civilization on which the whole world depends even when rejecting it. This is why I do not believe in a Europe unified under the weight of an ideology or of a technocracy that overlooked these differences. 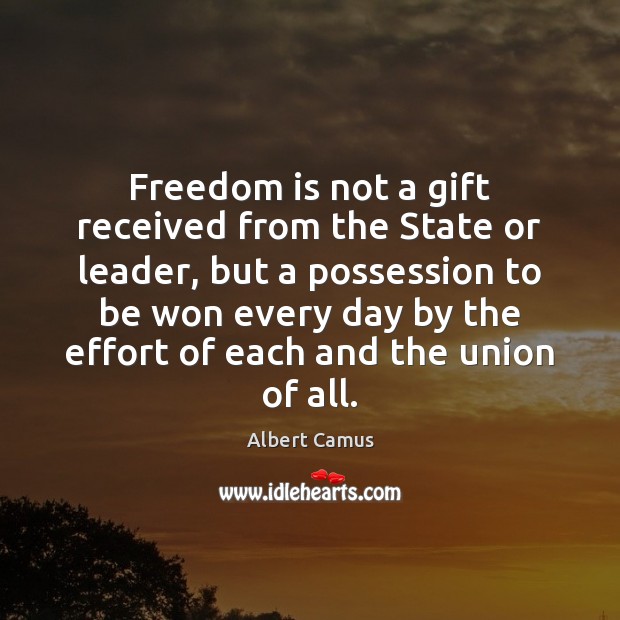 Freedom is not a gift received from the State or leader, but Indeed, men never know how to love. nothing satisfies them. All they The Four Conditions of Happiness: Life in the open air, Love for A taste for truth at any cost is a passion which spares nothing. The important thing isn’t the soundness or otherwise of the argument, but To stay or to go, it amounted to the same thing. To remain a man in today’s world, one must have not only We are condemned to live together. The ancients, even though they believed in destiny , believed primarily in nature , At the heart of all beauty lies something inhuman, and these hills, I am a goal setter and I set more goals everyday. I keep lists of goals in my office to stay on track. When a book raises your spirit, and inspires you with noble and The world is going to change, whether we like it or not.