Home > Picture Quotes > Author > Adel al-Jubeir > After the revolution of 1979, Iran embarked on a policy of sectarianism. Iran 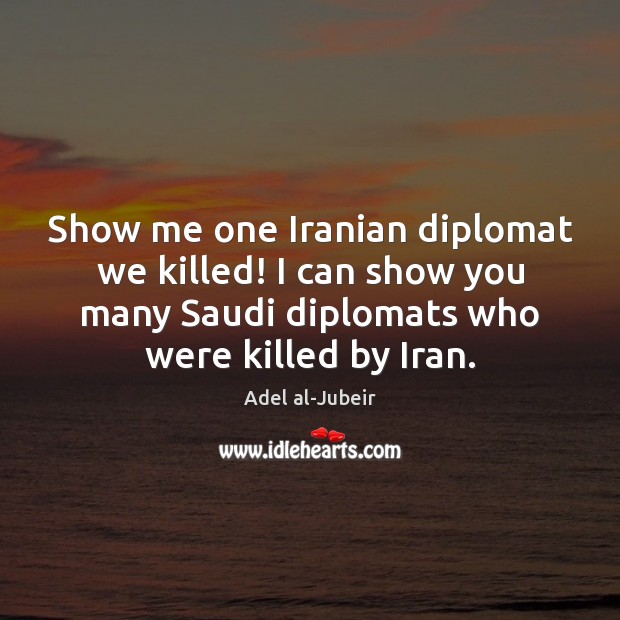 Show me one Iranian diplomat we killed! I can show you many Should the political process not work, there is always the other approach. 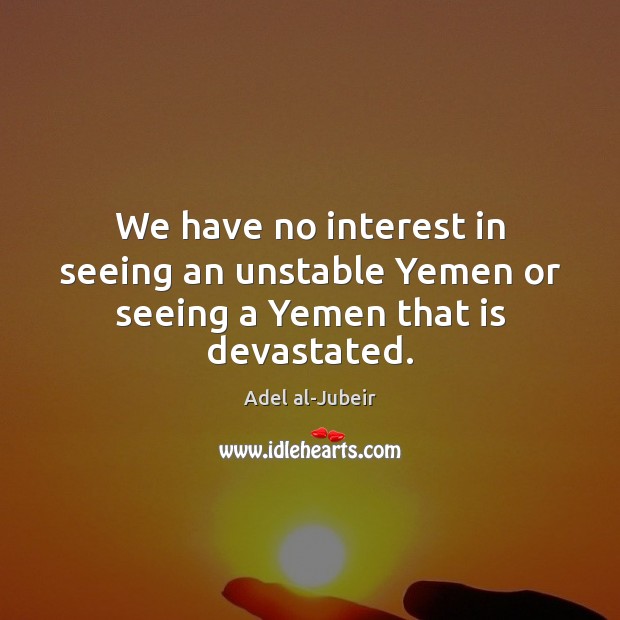 We have no interest in seeing an unstable Yemen or seeing a Yemen that is devastated. 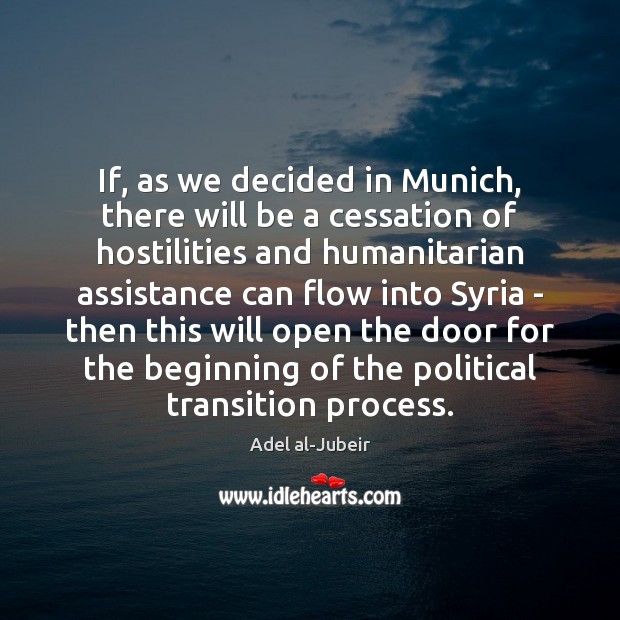 If, as we decided in Munich, there will be a cessation of We have a war against Daesh (the Islamic State, or IS) in Let’s not forget: This all began when you had eight- and nine-year-old We have a legal system, and this is not something that happens