Home > Picture Quotes > Author > Mary Pope Osborne > As an artist, I identify with Sandro Botticelli. We know him as

As an artist, I identify with Sandro Botticelli. We know him as the man who painted Primavera and The Birth Of Venus. The goddesses and ancient subjects he chose represented virtues which were meant to inspire people. Then he went through a dark phase when he was listening to the sermons of Savonarola, who preached against the worldly pleasures of the Renaissance. But Botticelli’s works live on, inspiring people to this day. Five hundred years after his death, he still has thousands of fans! I believe we’re entering a new era, where dynamic female leaders will

It’s difficult to choose between these art forms. Iconography is entirely different You have to be willing to endure the discomfort, the doubts and While I was drawn to the Renaissance, my first (unpublished) novels took When I was contemplating medical school after graduating from Knox, several people I love teaching. It’s a job that lasts forever. Whatever you teach Dappled sunlight and looked at the silver vapor swirling inside. “Mist gathered 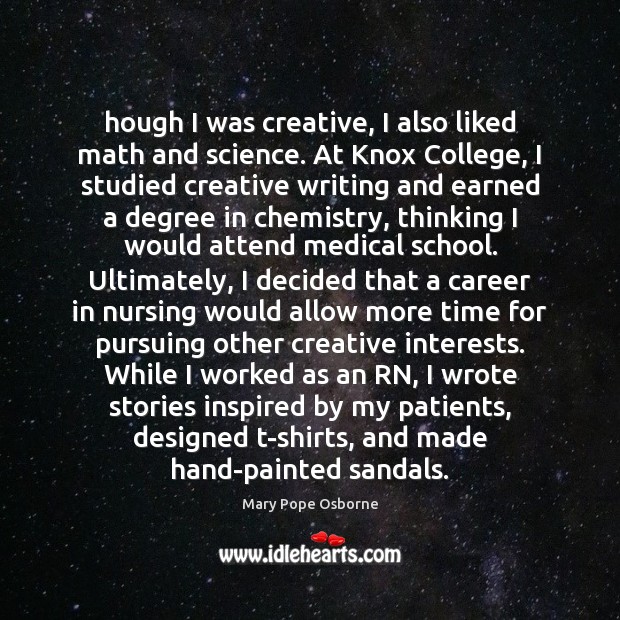 Hough I was creative, I also liked math and science. At Knox As far as benefits to reading historical novels, there are several! For Life is a mirror, it reflects your face. Be friendly, and all In church your grandsire cut his throat; to do the job too She’s special. We used to unleash her on ancient battlefields just I started out as an actor, but I forced myself to be What I have learned first and foremost is to follow your instincts. We read literature for a lot of reasons, but two of the