A Manhattan lawyer who describes himself as “America`s leading expert on the militia movement” writes that he hugged his three-year-old kid the night of the Oklahoma City bombing. He told junior that it happened “because they hated too much” For now, let`s accept the premise that one hundred sixty-eight humans died in Oklahoma City because people “hated too much” Now answer these questions if you would be so kind: did a federal sniper shoot Vicki Weaver in the face because he hated too much? Did our government conduct the Tuskegee with syphilis on black soldiers because it hated too much? My way of communicating love and interest in people is through cooking. There seems a general rule that, the more obviously one’s work 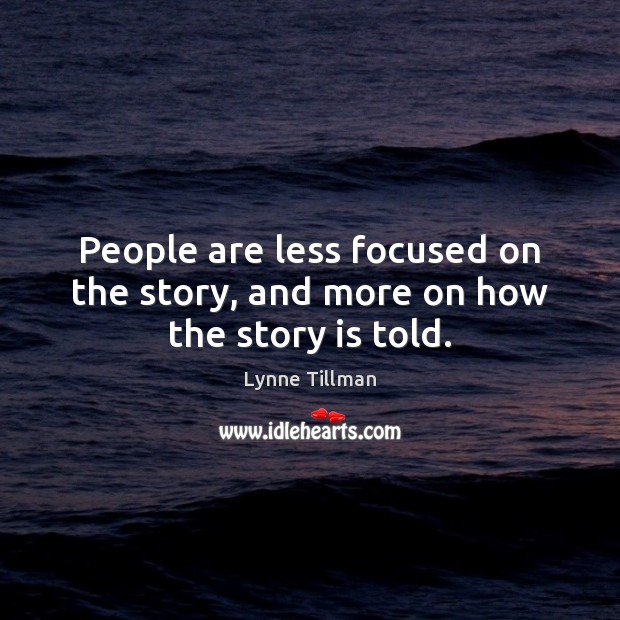 People are less focused on the story, and more on how the story is told. I think education is power. I think that being able to communicate