Gender is not something that one is, it is something one does, an act… a “doing” rather than a “being”. There is no gender identity behind the expressions of gender; that identity is performatively constituted by the very “expressions” that are said to be its results. If the immutable character of sex is contested, perhaps this construct called ‘sex’ is as culturally constructed as gender; indeed, perhaps it was always already gender, with the consequence that the distinction between sex and gender turns out to be no distinction at all. 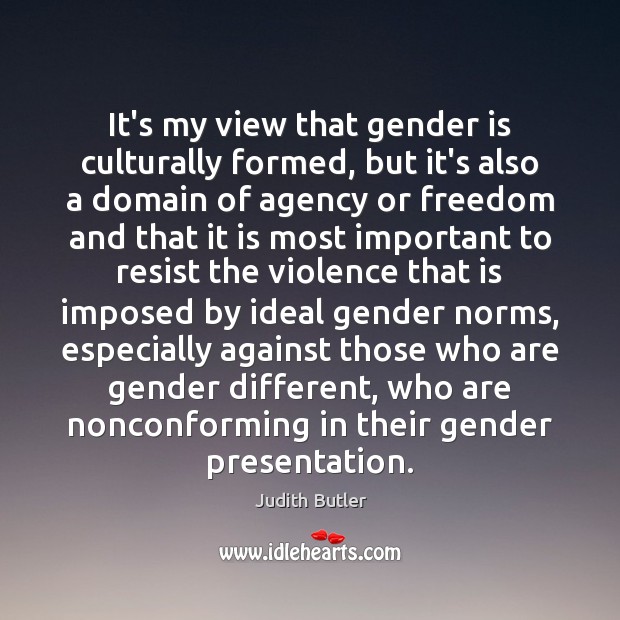 It’s my view that gender is culturally formed, but it’s also a 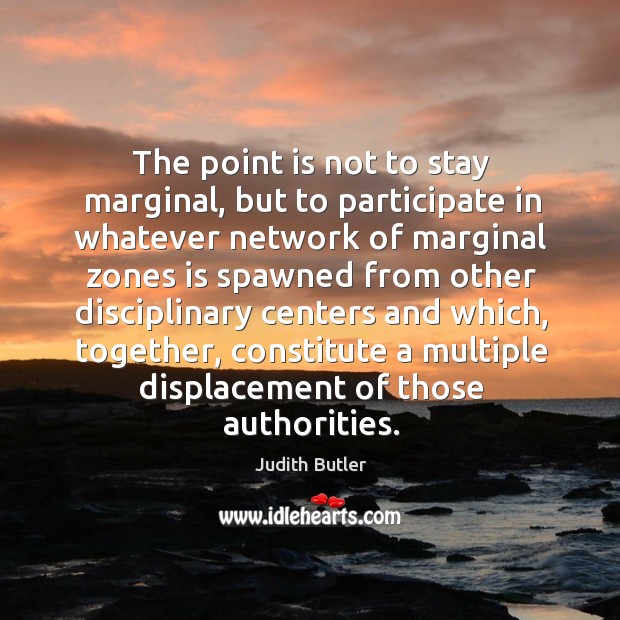 The point is not to stay marginal, but to participate 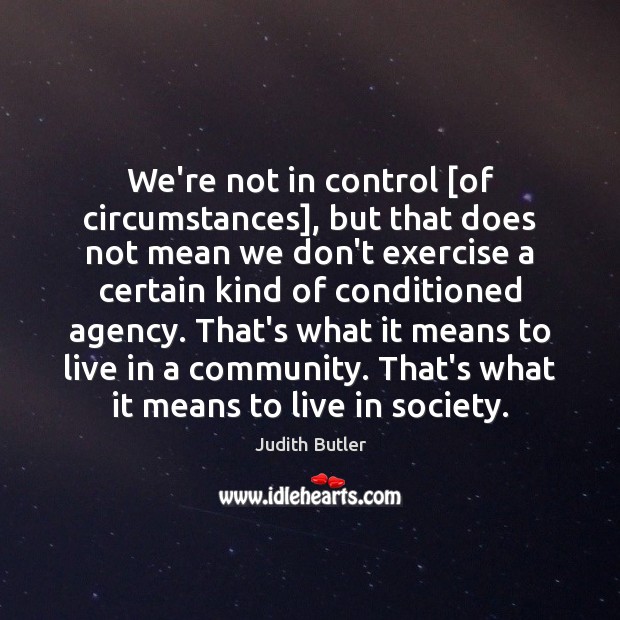 We’re not in control [of circumstances], but that does not mean we 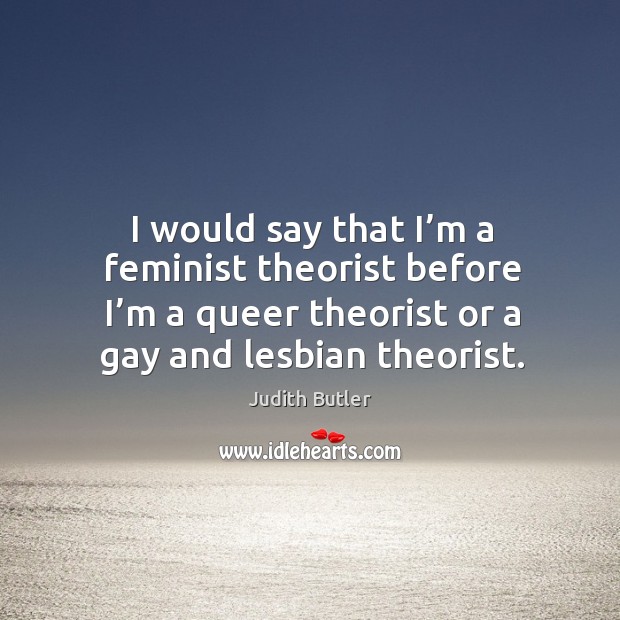 I would say that I’m a feminist theorist before I’m a queer theorist or a gay and lesbian theorist. 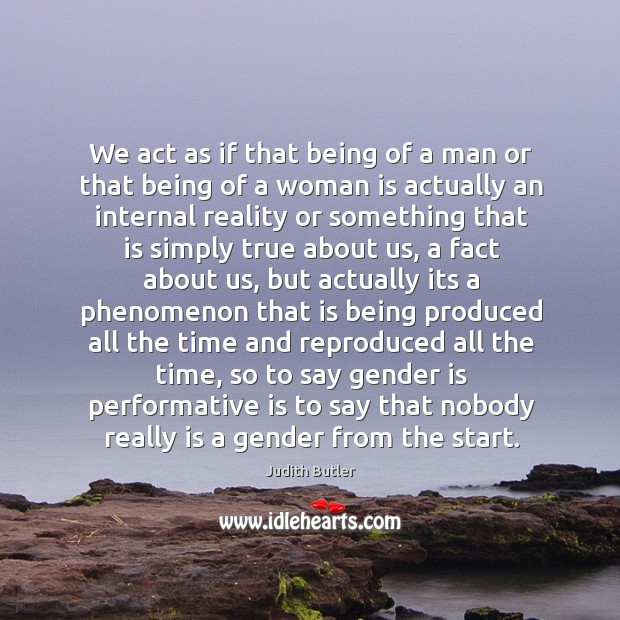 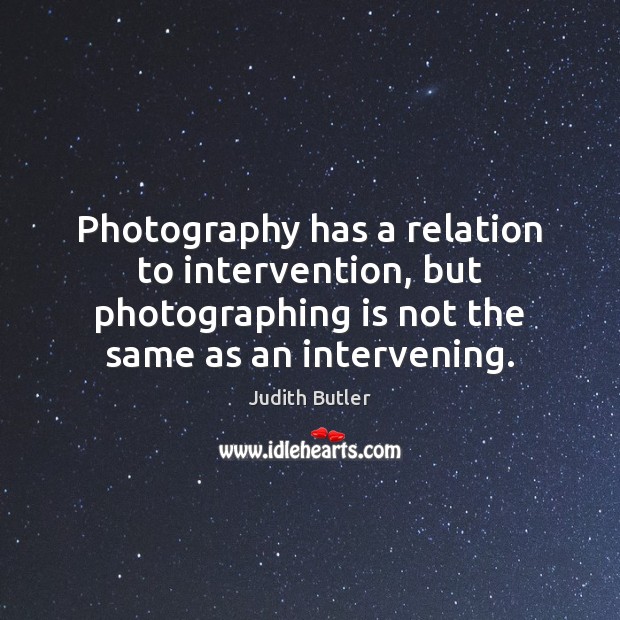 Photography has a relation to intervention, but photographing is not the same 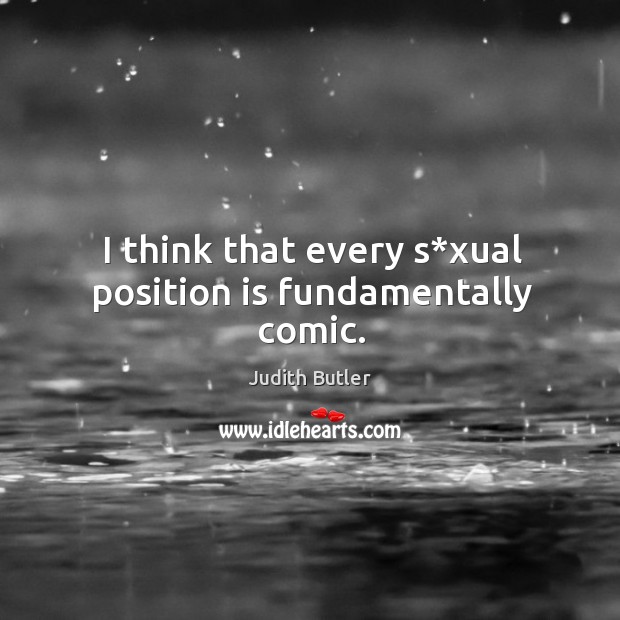 I think that every s*xual position is fundamentally comic. 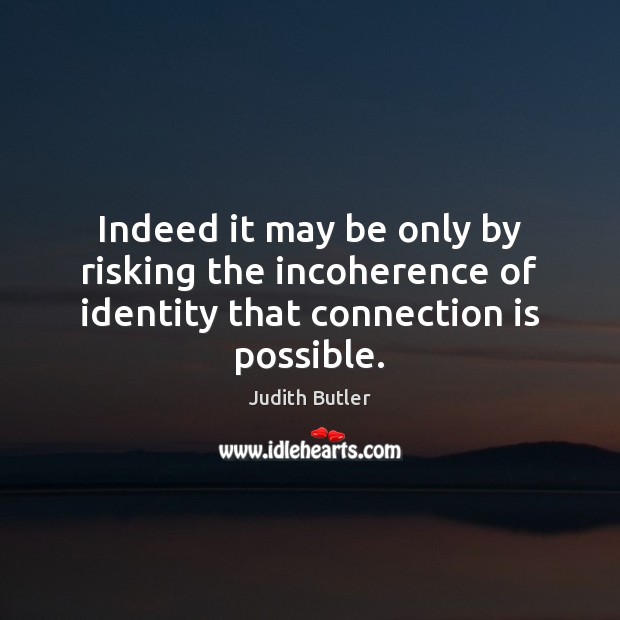 Indeed it may be only by risking the incoherence of identity that connection is possible.